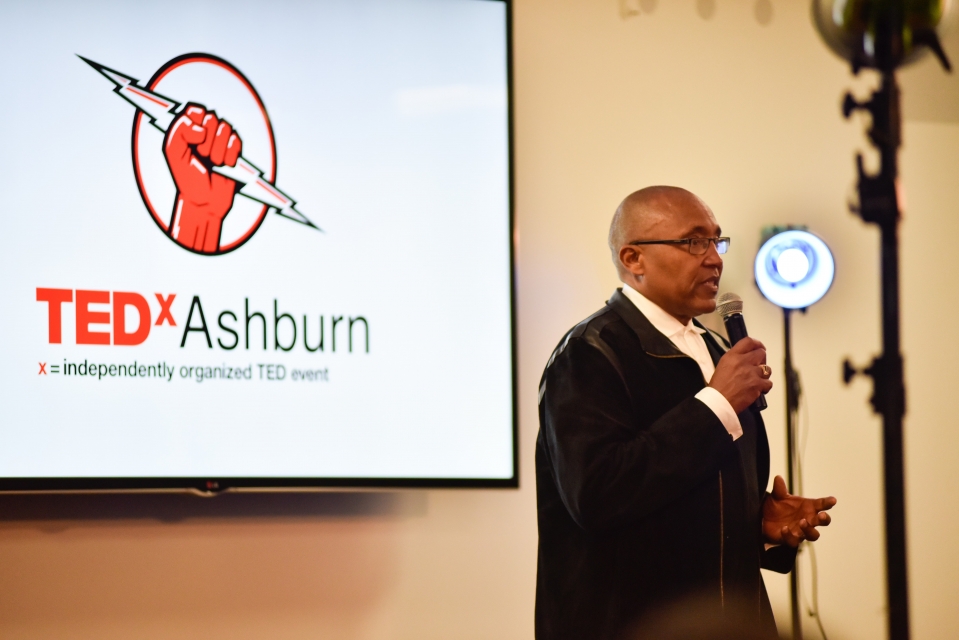 Nick majored in Math and Music at one of top public schools in Baltimore Northwestern H.S., 2nd succeeding in the classroom transcended winning writing awards from the Veterans, Maryland Scholar Athlete Award Winner and excelling in Track and Football recruited to more than 30 colleges. Attended University of Wisconsin as one of the first Computer Science Major and playing a major sport in the Big Ten. Nominated Academic-All Big Ten and member of Men of the Iron Cross Society. Performed in major productions as well acting in David Rabe’s “Streamers”, tutored and Volunteered Conflict sensitivity training for the Madison Police Department before leaving to pursue pro sports or business. Written books to honor his Dad.

He established a profit based firm Mercury Speed Unlimited and the non-profit Special Forces that have embodied their tag lines that “Success is a Force of Belief Not Nature” and by his clients and leaders “Catch Dreams at the Speed of Need”. 15 years of playing football, baseball, track at a high level – NW Hall of Fame, Scholar Athlete, State Champ Jumper 16 years Coaching Football – Youth & High School – Santaluces, Northwestern, Bishop O’Connell, Flint Hill) help leading Flint Hill to 4 straight conference championships and semi- and State appearances; 10 Years coaching youth soccer, basketball; Nominate for Loudoun Youth Soccer Coach of the Year; 15 & 20 yrs. Respectively operating as Founder and CEO/Performance Director for Special Forces Track and Mercury Speed Unlimited producing more than 3,000 propelled to perform at high schools, elite schools and the professional ranks with established more than 600 champions, All-Americans, Academic All-Americans, and Performing Artist, Inventor of The Savage Hill and crafted related curriculum which is currently used nationally by premiere teams and NFL Hall of Famers such as Will Shield.

Out of the industry he elevated his vision in the community by focusing on becoming a Champion for Youth development from youth to beyond to establish the Playbook for the building blocks. He has built two regional non-profits over the years IQ Unlimited, and Special Forces Unlimited, and is poised to build the national and global base on the new non-profit The League of Extraordinary Athletes. a profit based firm Mercury Speed Unlimited that have embodied their tag lines that “Success is a Force of Belief Not Nature” and by his clients and leaders “Catch Dreams at the Speed of Need”. Transformed thousands around the area, region, nation and in some cases the world from sports to life beyond sports (e.g., HBCs, Ivies, DOD, Alvin Ailey) by focusing on building Relevant Leaders regardless of age. Community and Youth Advisor for United Way, Big Brother/Big Sister Program 1986 – 1992; Performed work as an IBM Executive On Loan for the Superintendent of Instruction, Dr. Joseph Orr for all populations working jointly with the Communities in Schools, and the Burger King Corporate Academies 1990 - 1992 Founder of the non-profit IQ Unlimited and the Scholastic Workshop for Excellence and Athletic Training (SWEAT) Academy 1989 – 1992 working in joint effort with the Miami Heat, Miami Dolphins, NFL players and the Marine Corp. /The Flip Side Drama & Hip Hop Dance Troupe Co-founded non-profit Special Forces Unlimited, non-profit of the year Finalist in 2009 in Loudoun County 1998. Currently Spearheading the development of the new programs to establish to develop and highlight the super HUMAN in all of us, with a focus on the word HUMAN.

Tragedy struck in 1986 as Nick lost his hero and champion his Dad, Edward, moving from that day forward into community leadership and the computer industry; Nick moved with a vengeance by channeling his “heartache” by flying abroad and becoming the World Trade Expert for the IBM team and spreading the new system to 32 countries before rapidly moving to manage the team products weekly with the likes of Steve Ballmer and the great Bill Gates. In future years he developed a reputation as the “Mr. Wolf” like the character depicted in the movie “Pulp Fiction” by quietly working at smaller and larger companies taking on the multimillion dollar commercial and government projects that seemed destined for doom and covertly “flipping them” to success by building timeless teams and products to last culminating with sales for Top Fortune 1000 firms and in two cases acquisitions by (GRC) AT& T and (Vastera) J.P. Morgan. Since then he has consulted for firms requiring Business Development, IT Enterprise, Management Big Data, Cyber, DOD, Entertainment and Healthcare experience. He functions currently as the CEO of The League Inc. and Exec Director of The League of Extraordinary Athletes Inc.. 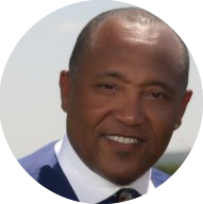 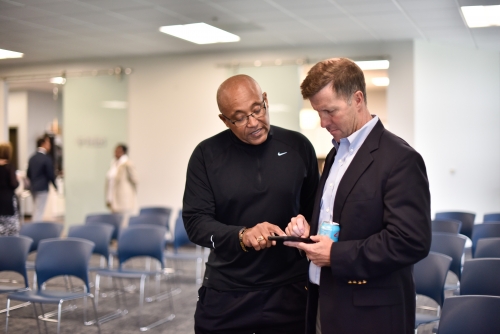 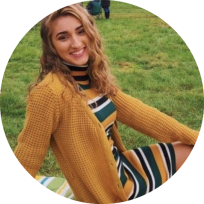 Attention TEDxers we'd like to introduce you to another TEDxAshburn new Team member, Trinity Fleishman. Please welcome Trinity as our new Customer Success Curator on all of the upcoming TEDxAshburn talks. Trinity is currently a Senior at Wakefield School and a member of The League of Extraordinary Athletes. In Trinity's own words, "I want to make an impact on the young generation of what it means to stand out and be a leader in today’s society. We need young leaders, that are willing to put in the work, and not take the easy way out, " she added with a smile, "so why not be the example!" 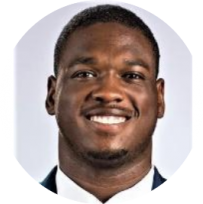 Jordan infuses innovation and unique ways to spread the word about the messages and messengers as we prepare for the October event -- The Middle ... Compromising Positions. You'll see Jordan interviewing our lineup very soon!

Jordan Watkins is a play-by-play and color commentary broadcaster with the PAC-12 livestreams at Stanford University. He calls games for basketball, baseball, volleyball, soccer, and softball. The Atlanta, Georgia native earned an undergrad and master’s degree from Stanford in communication with a focus in media studies.

Jordan played football at Stanford from 2012-2017 at defensive end. He was a part of teams that won 3 PAC-12 championships and 2 Rose Bowls. 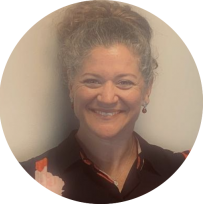 Carrie earned her Bachelor of Music with a concentration in Vocal Performance from the University of North Carolina at Chapel Hill. After a successful career as a professional musical theater actress she became a music teacher at St. Patrick’s Episcopal Day School in Washington, DC. She is currently the director at Bach to Rock Lansdowne and takes pride in having created a family of musicians that includes students of all ages and abilities. Carrie understands that success is dependent on building and then fostering positive relationships, whether in business or in life outside of the job. She is a wife and proud mother of two. The youngest is a soccer athlete with aspirations to become and ASL interpreter. The oldest (by 9 minutes) is an outstanding student athlete. 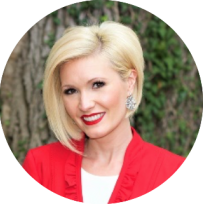 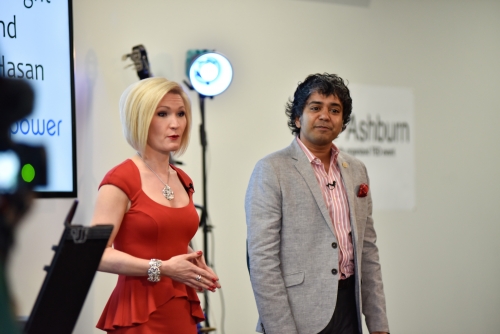 Misty empower my clients and students through training and technology solutions that make their lives and jobs easier so they can focus on making a difference in their own unique way. The firm’s trainings offer an innovative mix of soft and technical training so that you not only know where to click, but how to communicate and collaborate seamlessly.

My upcoming book, Why Women and Technology Need Each Other, will walk you through the importance of understanding and utilizing technology in your professional and personal life. 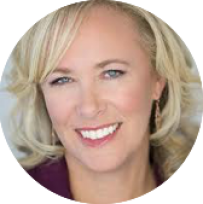 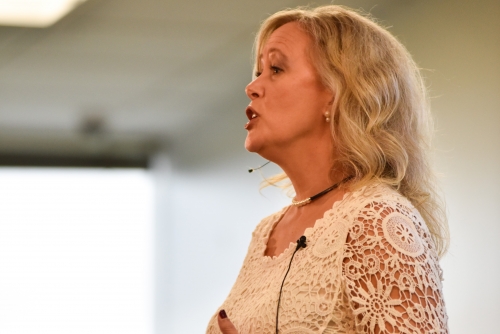 Kerry Thomas attended the University of Florida where she received her Bachelor's and Master’s degrees in Special Education. After teaching for eight years, a career change brought her to Professional Organizing, and Conquer the Chaos, LLC was launched in 2007.

After years of organizing "a little of everything" from closets to kitchens to offices to garages to classrooms, Kerry decided to further combine her two passions (teaching and organizing) and specialize in helping small business owners with ADD create and maintain order in the midst of their disorder.

Kerry completed a rigorous training program, and is now a Certified Productive Environment Specialist™. This certification adds another dimension to her organizing and productivity consulting services.

Kerry enjoys helping others find the peace of mind and increased productivity that come from and organized workspace. 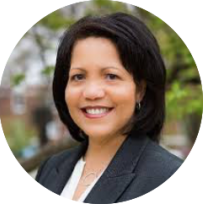 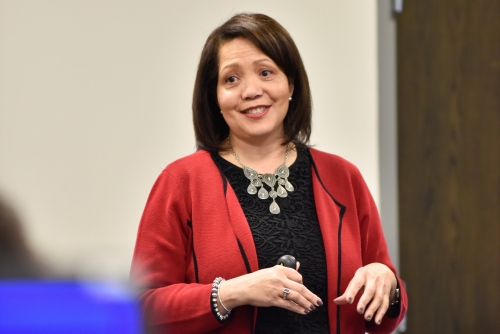 Cheryl Santiago is the founder and CEO of Get Hired Coach Inc., a career transition and coaching practice. Her passion is coaching clients, leading workshops and speaking to audiences sharing her customized strategies on how to face the job change process with ease and a clear direction.

Ms. Santiago has held various executive and leadership roles with fortune 100 companies managing and hiring staff. During her career she has interviewed and hired close to a thousand employees. She knows the hiring game from the inside and knows what employers want. She delights in helping her clients navigate the job transition process with confidence. She supports them in finding work they love and salaries they deserve.

Ms. Santiago is also very familiar with TEDx Ashburn as she led one of the workshops in April 2017 delivering a presentation entitled, “7 Tactics to Diffuse Workplace Bullys”.

Ms. Santiago holds a B.A from the University of Baltimore in Business Management and a M.S from Johns Hopkins University in Information Systems. She is a currently resides in the DC Metro area but accepts clients nationwide. 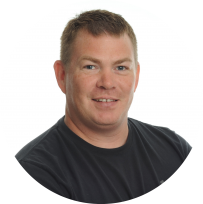 Jason’s work in science, education, communication and engineering has been recognized and featured in publications and media outlets such as Nature, Science, Scientific American, Popular Science, National Geographic, Discovery Channel, MSNBC, CBS,CNN, and NPR. In June 2013, the White House Executive Office of The President honored Jason as a Champion of Change for his dedication to increasing public engagement in science and science literacy.

Jason is a driven individual with a multidisciplinary background. He is a catalyst by nature, priding himself on being a progressive thinker and continually driving to make positive changes. Jason strives to lead and mentor individuals in order to highlight their strengths and skillsets to build capacity and ignite passion. Jason is a communicator in the field of science, project strategist in engineering and an explorer at heart.

In the spirit of ideas worth spreading, TEDx is a program of local, self-organized events that bring people together to share a TED-like experience. At a TEDx event, TED Talks video and live speakers combine to spark deep discussion and connection. These local, self-organized events are branded TEDx, where x = independently organized TED event. The TED Conference provides general guidance for the TEDx program, but individual TEDx events are self-organized. (Subject to certain rules and regulations.)

TED is a nonprofit organization devoted to Ideas Worth Spreading. Started as a four-day conference in California 30 years ago, TED has grown to support its mission with multiple initiatives. The two annual TED Conferences invite the world's leading thinkers and doers to speak for 18 minutes or less. Many of these talks are then made available, free, at TED.com. TED speakers have included Bill Gates, Jane Goodall, Elizabeth Gilbert, Sir Richard Branson, Nandan Nilekani, Philippe Starck, Ngozi Okonjo-Iweala, Sal Khan and Daniel Kahneman.

The annual TED Conference takes place each spring in Vancouver, British Columbia. TED's media initiatives include TED.com, where new TED Talks are posted daily; the Open Translation Project, which provides subtitles and interactive transcripts as well as translations from volunteers worldwide; the educational initiative TED-Ed. TED has established the annual TED Prize, where exceptional individuals with a wish to change the world get help translating their wishes into action; TEDx, which supports individuals or groups in hosting local, self- organized TED-style events around the world, and the TED Fellows program, helping world-changing innovators from around the globe to amplify the impact of their remarkable projects and activities.

In the spirit of ideas worth spreading, TED has created a program called TEDx. TEDx is a program of local, self-organized events that bring people together to share a TED-like experience. Our event is called TEDxAshburn, where x = independently organized TED event. At our TEDxAshburn event, TEDTalks video and live speakers will combine to spark deep discussion and connection in a small group. The TED Conference provides general guidance for the TEDx program, but individual TEDx events, including ours, are self-organized.

This independent TEDx event is operated under license from TED.